I promise I'll start posting more content than just movie reviews soon, but in the meantime, here's a review of a great pre-code I watched a few days ago: 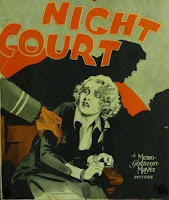 When MGM released Night Court in 1932, its story of crooked judges and a corrupt system of justice in New York City was pulled from the newspaper headlines of the previous year. When, in the movie, cabbie Mike Thomas's (Phillips Holmes) wife Mary (Anita Page) is set up, arrested and jailed for prostitution, that part of the story didn't surprise New Yorkers, who had read for months of the activities of Chico Accatuna (the spelling of his last name varies), nicknamed the "human spitoona." Just as in the movie, this unsavory character would set women up for an arrest by the vice squad. Once the woman lost her job and reputation as the result of the arrest, criminals such as Lucky Luciano would then force these women into prostitution.

In this movie, Mary Thomas is sent to jail to discredit her, since she accidentally saw the bank book of the crooked Judge Moffett, played by Walter Huston. He had given it to his girlfriend when he told her to hide out while Lewis Stone's judicial commission was investigating Moffett and others for corruption. She moved in next door to the Thomases,in a rundown walk-up rowhouse, and managed to drop the bank book (which showed tens of thousands of dollars in the judge's secret account) into the crib of Mary's son when she dropped by.

At one point, this picture is as grim as any you will see. Mary is in jail. Her little boy is in a city foster care facility, crying his heart out. Mike, trying to spring her, goes to a lawyer who is a crony of Judge Moffet and informs the judge of Mike's plans. Moffet, lying on a sofa, tells an associate to "get me bad boys, very bad" to take care of the troublemaker cabbie. These "bad boys" beat the cabbie to a pulp, then put him on a slow boat to South America.

Now, Night Court is like a time capsule, a reflection of a world long gone. Mark Hellinger, the co-writer of the play the movie is based on, was a reporter who had first hand knowledge of the real life events he borrowed for the story. The hero in this movie is a cabbie, not a cop, a district attorney or any other government official. In this movie, except for Lewis Stone's character, all the public officials you see are on the take. As a result of the tremendous scandal involving Chico Accatuna and the compulsory prostition racket, the NYPD Vice Squad had a new name, the Public Morals Squad. This scandal helped get La Guardia elected Mayor and is the basis for this pre-code crime classic from MGM.
Posted by Jennifer at 5:16 PM

Jennifer
I'm a college student that runs a classic film blog in my spare time. 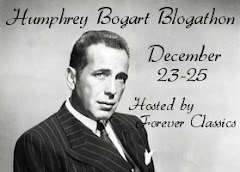 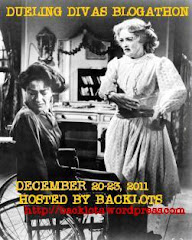